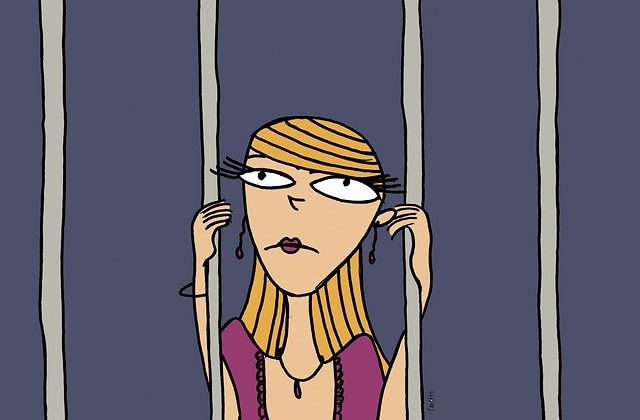 The local ABC affiliate in L.A. had a 43-second segment about Scientologist Hanan Islam’s court appearance for her part in the Medi-Cal scam she committed, using Old L. Ron’s technology.  The judge called it a “sophisticated fraud.”  That news was originally reported by Tony Ortega, and there’s lots of entertaining back story at his Underground Bunker too about the most recent Scientology criminal case to come to light.

Hanan was in court yesterday with three of her kids and a fourth person (unrelated to her) who finally showed up, after failing to appear for the preliminary hearing.  Hanan and her spawn were arraigned yesterday, and their trial was set for November 21st.

It looks like they’re all throwing Hanan under the bus, putting her in the role of the mother who had undue influence over them, and they had no choice but to go along with what she wanted.  If you follow the money, it fits that theory.

She got 90% of what they scammed from Medi-Cal — $3.8 million.  Nobody mentioned who got the other 10%.  But typically, when you’re using Old L. Ron’s technology, you have to pay him (and his organization) 10% off the top.  So we guess that’s where it went.  But so far, nobody’s mentioning any names.

I’m sure that would all come out during the trial, if they let it get that far.  I bet wee Davy is sure of that too, and he won’t want that bit of dirty laundry aired in court — you know, Scientology defrauding the taxpayers with a Medi-Cal scam — so we’re all expecting some kind of settlement.

Otherwise, their billboard ad about Scientology TV, where it says, “believe what you see, not what you hear” — I mean, what will people think, when they see the whole fraud played out in court and becoming a matter of public record that Scientology is connected with this sophisticated fraud.

And somebody is going to have to pay that money back.

Whether the case goes to trial or settles out of court, it’s not looking good for Hanan.  I doubt she still has any of that money left, so how’s she going to give it back?

And the handwriting on the wall says they’re throwing her under the bus, so is Scientology going to come to her rescue and pony up the $3.8 million?  Or are they going to just “disconnect” and let her rot in jail?

Bail for Hanan was set at $250,000, but she’s still in jail, so I guess she couldn’t come up with it.  Her son Rizza Islam’s bail was set at $100,000, and her two daughters were released on their own recognizance, so they’re running around loose somewhere.

That fifth person is being held without bail, because she’s a flight risk, since she didn’t show up for the preliminary hearing.

In the meantime, Scientology is trying to keep a low profile, hiding behind such fluffy news as the season premiere of their fabulous fourth season of Scientology TV, Halloween celebrations both here in L.A. and in Clearwater, with free food and a bouncy house for the kids.  And wow.  In Clearwater, you can take a selfie with a real live monkey.  Yeah, bring the kids, so we can get to them early and start roping them into the cult.

There are two main over-the-top, high-energy, voices full of fake affinity that they use for their pre-recorded promotional phone calls — Brittany and Megan.  Megan assures us that with Scientology, you’re dealing with “the boldest, the coolest religion.”

It gives one pause.  Who would have thought bold and cool would be top priority requirements for a religion.  Interesting concept though.

If they’re so bold and cool, let’s see them put on a bold and cool defense for Hanan Islam, instead of throwing her under the bus and slinking away, like they’ve been known to do.  But with their track record, I won’t hold my breath, waiting for them to live up to their bragging claims.

If they handle it the way they did the Rex Fowler criminal case, Hanan’s lawyers will probably get paid to stand up in court and say, “The defense rests,” and won’t present any witnesses, just to keep Scientology’s name out of it.  Yeah.  That was a “successful action,” so they’ll probably do it again.

But Rex got sentenced to 48 years without possibility of parole, so he’s still rotting away somewhere in a Colorado jail.  If they follow their “successful action,” what do you think is going to happen to Hanan?