Last night when I got home from the salon, I checked my Twitter account and found I had 587 followers.  I wanted to see how this compared with enturbulation’s followers.  He had 538 last time I checked.

“Enturbulation” was making incendiary tweets based on lies and directing people to his blog — which was that special type of yellow-journalistic drivel the cult seems to thrive on — telling twisted untruths about Anonymous.

Several people have commented negatively to him about it.  But does he listen?  Oh, no.  He’s “creating an effect” — another cult ideal.

His latest ploy was to publish specific personal data — dropping dox — on individual Anons.  One person gently took him to task for it in a tweet and pointed out that it was against Twitter’s Terms of Service.  (Go to twitter.com and search for Macam2 @enturbulation.)

I tweeted back that “enturbulation doesn’t know any better.  He’s a scientologist.  That’s what they do.”  (Search hair101 @Macam2.)

I don’t know if anyone specifically complained to Twitter about it, but when I tried to check on enturbulation last night, I got that screen with the birdie saying the account has been suspended due to strange activity.

Enturbulation seems to be gone.

A small thing perhaps, but indicative of the PR disaster scientology has become.  It only took a few tweets to shut this guy down.

I wonder if scientology will learn anything from that.  Or will they continue publishing lies about their imagined “suppressive persons” who are everywhere and out to get them. 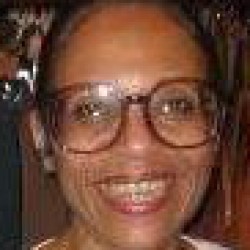 Connect
admin
Lynn Fountain Campbell is the author of "The Ex-Scientologist's Manifesto," a free downloadable resource available at https://shearperfection.com/blog/ex-scientologists-manifesto.html