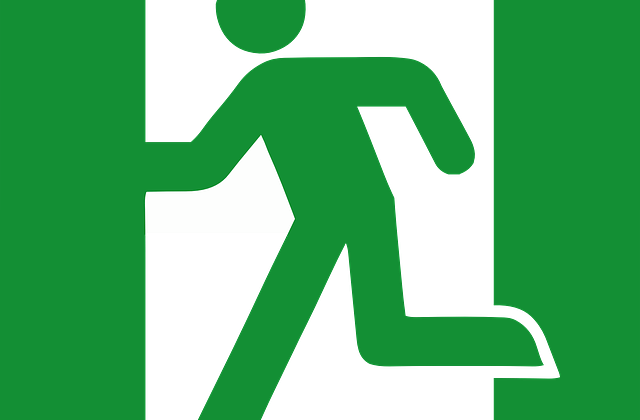 You can’t escape from Scientology, if you can’t think an independent thought.  Old L. Ron knew this, so he built into the subject and its practice lots of things that discouraged and downright prevented people from thinking.

In Scientology, you don’t think about things.  You do.  You act.  You impinge.  Even when you’re learning his wonderful new “technology” — especially then — you don’t think about it.  You do it.  You apply it by rote, on a stimulus-response basis — even more so now, since the so-called “golden age of tech,” than in the old days.

At the highest levels of training, you become an enforcer, supervising others in the exact application of “the tech,” issuing positive reinforcement for a “very well done” session when they do, and pink sheets and cramming orders when they don’t.

One way Old L. Ron got us thinking in unison was with a technique he called “Chinese School.”  One person stands in the front of the room with a pointer and easel or whiteboard and shouts a phrase or sentence while pointing to it.  Then the group parrots it back at him.

We memorized the stuff verbatim, like the definition of “standard” — “Standard: A definite level or degree of quality that is proper and adequate for a specific purpose.”  That definition was drilled into me so repetitively that it’s still with me, rolling fluently off my tongue, even after I’ve been out of there for over a decade — sixteen years at this writing.  Those exact words — drilled in by Chinese School.

What’s the purpose of that?  Well, that’s so you can enforce the concept of “Standard Tech” on yourself and others, keeping an eagle eye out for any alterations in Old L. Ron’s precious “technology,” which is “mankind’s only hope” for saving the world.

Nobody would fault you for sending someone to Cramming for a misplaced comma.  You were completely justified in being an OCD jerk.  That’s why so many Scientologists end up being just that.  And yes, I had my moments too.

In Scientology, that’s a good thing, when it comes to applying “the tech” — and oh, there’s a “tech” for everything, since Old L. Ron knew best about everything under the sun.  Scientologists are taught that there’s a right way to do everything — the standard way.  Every other way is wrong.

Knowing the “standard” way and having it drilled into you so you can do it in your sleep comes in handy, when you’ve had to stay up all night to “make it go right” to get your stats up by Thursday at 2pm, and still have to show up on time for morning muster.

So you thank your lucky stars that “the tech” enables you to get through it, even when you can’t think.  How would you ever make it without “the tech”?  You completely lose sight of the fact that there’s a whole world out here where there’s no morning muster and no “Thursday at 2.”  If you’re a second or third generation Scientologist, you might even have trouble being able to conceive of such a thing.

In the face of all that, having an opinion of your own becomes a superpower, and that’s the one you need in order to escape from Scientology.

When I first started reading about Scientology on the internet, I marveled at the fact that people were expressing a wide variety of opinions about it in the forums — and (unless they got abusive about it) nobody was smacking them down (!!!).

Getting your mind back so you can form an opinion of your own makes it possible for you to escape from Scientology.  And that’s a very good thing to do.