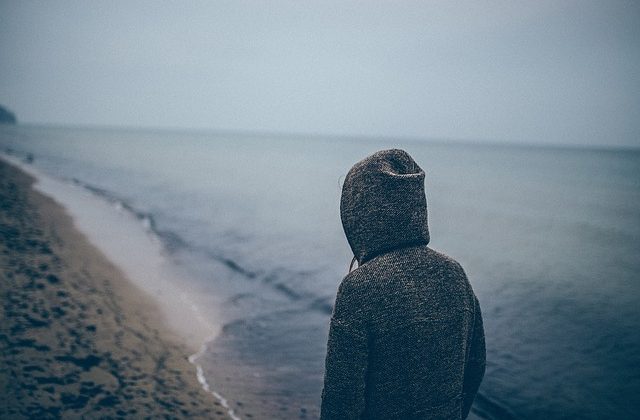 I thought the friends I had were real friends.  I didn’t think they would shun me.  How could people I’d known for decades do that to me?  On top of the cult brainwashing, that kind of treatment makes it hard to get over the whole experience.  By design, I think.  Leaving Scientology is supposed to send you over the edge.

Back in the day, the org used to send me copies of SP (suppressive person) declares, printed on goldenrod-colored paper and called “goldenrods,” for short.  We’d get them in the mail at the shop. The owners had always been true-believing Scientologists.  The shop was practically an extension of the Scientology organization.  So when the org said somebody was an SP, everybody at the shop would knee-jerk react and dutifully disconnect.

Much of the shop’s business came from Scientology members, so they had no choice – similar to the way politicians have to bow to the special interests whose money put them in office.  Generally speaking, in this world, it’s all about the money.  Odd that I have to say that, but I thought I’d better spell it out for the people who, like me, might be naïve enough to believe most people operate on principle, not money motivation.

But the org had to stop issuing those goldenrods, because they had a few instances of bad PR, some of which escalated into lawsuits.  I don’t doubt it.  Many SP declares are full of lies.  People would be well within their rights to sue.

Few people would though.  By the time you disagreed with the org to the point where they decided to declare you an SP, the process would have beaten you down so badly that you’d be thinking of yourself as an evil person who didn’t have any rights at all.

I’m not sure when they stopped sending them out, but definitely by the early 2000’s I no longer saw any SP declares.  They changed tactics.  Now they get people to shun you through whispering campaigns.  “It’s your choice, of course, but I wouldn’t go to her shop any more.  She’s bad news,” and the like.

They even have their Facebook police, who study the friends lists of Scientology members and urge them to unfriend the ones who are “no longer in good standing.”  As in, “You may want to let that person go.  It’s up to you, of course,” they add, to cover their a$$es, so that they can later say the person was just exercising their free choice in the matter, when nothing could be further from the truth.

See, they have a policy that says any person who continues to adhere to a declared suppressive can also be declared.  So the wrong “choice” can subject you to a lot of hassle.

They even apply this policy between husbands and wives; parents and their children; employers and employees; businesses and their customers.  They’ve broken up a lot of families this way.  People have lost jobs.  Livelihoods have been destroyed.

Yet they disavow any responsibility for the results of this destructive policy, saying, “Oh, people have the right to choose whom they want to associate with.”  Yes, of course they do.  I’m just sorry my friends chose a destructive cult instead of me. Click To Tweet Half of my clients – and all of my friends – were members of the Scientology organization.  And now they’re gone.

So go out and make new ones, you say?

Easy for you to say, if you’re an extrovert.  But if you’re anything like me, you’d rather just hunker down and read a book.

But one day I got a flyer on the door of my shop, inviting me to an East Hollywood Neighborhood Council meeting.  They were going to discuss an issue that was interesting to me.  So I went.

And I kept going back.  It was fascinating to me to observe the democratic process at work at the grassroots level.  It’s a far cry from the way a Scientology organization is (allegedly) managed.  Over there, it’s all about who can scream the loudest.  To me, the neighborhood council was a breath of fresh air.

Eventually, I got appointed to fill a vacancy on the council and became chair of the Arts & Culture Committee.  So even the worst introvert (like me) can find new friends, simply by following your own interests – which you now get to do, now that the cult isn’t demanding all your time and money.

Go to a meetup.  Take a class.  Join a book club – many public libraries have them.  There are dozens of ways to enjoy your new freedom.

By the way, there’s always the possibility that your ex-friends will wake up and get out of the cult too — and reconnect with you.  It’s happened to me more than once.  It’s a longshot, but it does happen.