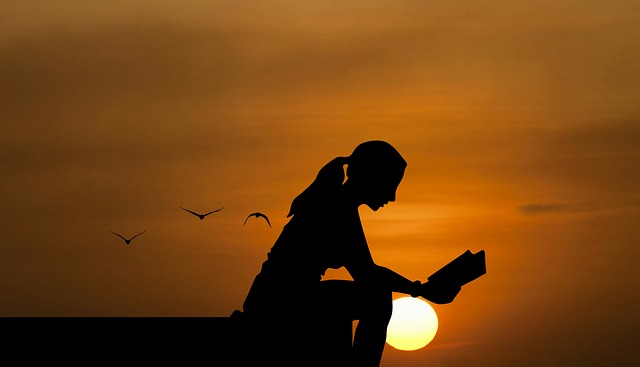 How To Get Back The Ability To Think For Yourself

Well, I did it again.  I let months go by without writing a post.  Despite my best intentions, life got in the way.  Again.  But bear with me while I re-learn how to think for myself.  All this is grist for my mill.

First, there was the midterm election and all the Facebook nastiness that went along with it.  It was like a train wreck.  You know it’s going to be awful to look at, yet you can’t look away.  My Facebook “friends” cover the entire political spectrum – from far left anarchists to far right Nazis.  And there’s no way you can change anybody’s mind, though I was occasionally silly enough to try.  But, as the meme goes, at some point, you have to step back and just let them be wrong.  LOL!

Then, when it got too depressing, I retreated into reading books again.  I had to escape and find another reality to live in for a while.  The paranormal genre is good for that.  But I’m coming up for air now, so I’ll tell you about one of the alternate realities I’ve been in.

When last we met, I was reading Donna Grant.  Her paranormal reality is full of dragons and other mythical beings who live alongside a “real” world.  Her work is character-driven.  You fall in love with the characters, so you have to follow them for book after book.  That’s what I did anyway.  I think I’ve read everything in my local public library that she’s ever written.  I won’t tell you too much about the books, so I don’t inadvertently give out any spoilers.

But what I did find useful (and what I had to look up separately online) was a chronological list of all the books she’s written, so I could follow along with her writing journey.  Her genre is paranormal romance, just so you know what to expect.  But if you want to know anything more, you’ll have to get the books yourself.  It’s easy these days.  You don’t even have to leave the house to check out an e-book from the library.  If you have a library card, you can do it on your computer, and the Libby app lets you do it on your phone.  It’s the perfect tool for binge-reading.

Anyway, I thought it was about time to tell you how I got such a wide variety of Facebook friends, most of whom I actually know in real life.  A lot of us were in the same cult.  (See my “About” page for more information.)  While we were in, thinking and acting in lock step was mandatory, as it is in any cult.  That’s one thing that defines a cult.

Once we got out, we were still in 100% agreement that the cult organization was for the birds.  So imagine my surprise, when I discovered such a wide variety of political opinions (though the opinions  may or may not have been based on fact) when at one time we all “agreed” on everything — all the time.  Variety looked like a good thing.

However, I saw a few people actually unfriend each other because of a difference in political opinion.  I mean, seriously?  Didn’t they get enough of that in the cult – where they were made to disconnect from anyone who didn’t share its beliefs?  So they’ve had no practice in how to deal with ideas that are different from their own, and they reject without question anything that takes them out of their comfortable bubble.

Just goes to show – you can take the person out of the cult, but purging the cult out of the person is an entirely different matter. Click To Tweet And it opened my eyes to the fact that political groups can be cults too.  No independent thinking allowed.

I protest.  Vigorously.  Always have.  Always will.

Get informed before you form an opinion

In the cult, they told you what you could and couldn’t read.  We weren’t allowed to look on the internet.  I questioned this.  So I was guilty of “thought crime,” and that was the beginning of the end of life in the cult for me.  My mind led the way out, and my body soon followed.  I say you should read everything.  And then form your own opinion.

Ultimately, this blog is about freedom of speech.  And you can’t have freedom of speech without freedom of thought.  You can get a lot of free thought in books, whether fiction or non-fiction.  That’s why despots ban them and burn them in a desperate attempt to keep people from thinking for themselves.  In the long run, they won’t win.  You can’t burn an idea.

But if you’re going to get back the ability to think for yourself, you have to practice.  You can start right here.  I welcome your own independent thoughts in the comments below.