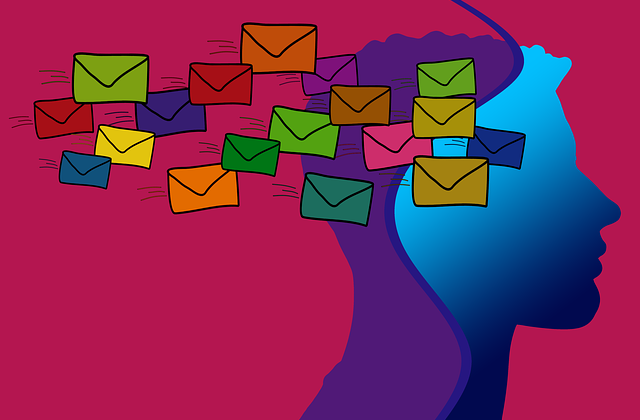 You’ll never be able to prove it in court, but Scientology spams people.  They’ll say a “prior relationship” exists, just because you once got brow-beaten into buying a book, just to get somebody off your back, and they’ve got the invoice to prove it.  So yeah, maybe they’re compliant with the letter of the law.

But I think the spirit of the law was to protect people from unwanted communication.  As far as I’m concerned, once communication becomes unwanted, it’s spam.  There’s no way to get off their list without repercussions of some kind.  You’ll be labeled “disaffected,” just because you don’t want their communication any more, and possibly make yourself a fair-game target.

It’s a waste of resources to send stuff out to people who aren’t interested.  But you’re never going to convince them of that.  Not when “Ron says” you never, ever let go of a name and never, ever stop mailing to them.

There’s a stable datum they go by in their dissemination division about the gross income being directly proportional to the size of the mailing list and the number of mailings to it.  And since the whole subject was established so L. Ron Hubbard could get rich — well, you can see that you’re not going to get them to quit mailing to you any time soon.

Getting him rich was the sole purpose of establishing Scientology as a “religion,” and they do it by brute force, mostly.  He never got the hang of teaching someone how to con people with charisma the way he did, so brute force is all they’ve got.

There’s a formula for it in marketing — attention, interest, desire, action.  If you can get somebody’s attention, you have a chance to get them interested.  If they become interested, maybe they’ll desire what you’re selling.  If they want it, maybe you can get them to take action to get it.

Where this breaks down for Scientology is right at “attention.”  Nowadays, most people see it as the scam that it is, so the attention they get is negative.  And the more they force themselves on people, the more negative it gets.

They don’t see this, of course, because “Ron says” if you keep mailing to them they’ll eventually become interested.  Sorry, Ron.  I hate to have to break it to you, but what they become interested in is trying to embarrass you in the press or in court in order to make you quit forcing yourself on them.  But you go right ahead, OK?  Keep on creating that kind of ill will among the recipients of your Scientology spam.  See where it gets you.  Especially once they find out the super powers they were promised ain’t gonna happen.

Scientology doesn’t give you anything you didn’t already bring to the table.

But see, most people never get to the point where the super powers are supposed to happen — the Operating Thetan levels (OT levels, for short).  They usually run out of money first.  It’s always “the next level” that’s going to give you what you’re looking for, so you keep on giving away your money and going on hoping.

And they keep on calling and mailing to you, because enough people break down under the onslaught of their unsolicited communication that it keeps them in business.  This wouldn’t work for most groups or businesses, because most sales people are trained to quit after the third “no.”  But for Scientology, it actually works, because they never quit.  They think they’re saving the world, so it’s a holy mission for them.

This is how they find the people who can be brow-beaten into giving up all their money.  Their time.  Their children’s education fund.  Their retirement savings.  The operating capital of their businesses.  Scientology never quits until all the money is gone.

A new subscriber to my blog emailed me about how he got off their mailing list.  That’s what gave me the idea to write about it.  He did it by threatening to embarrass them in the press or in court and instantly transformed himself into a “potential source of trouble.”  As a matter of policy, people who make these kinds of threats are “deadfiled” and never mailed to again.

However, there’s a caveat connected to this method.  If you have loved ones in Scientology that you’d like to stay in touch with, they’ll be made to disconnect from you, lest they be contaminated with the truth that you’ve figured out about Scientology.  This is one of the repercussions attached to asking off their mailing list.

You could also simply get a lawyer to write to them on their firm’s letterhead, requesting to be taken off their mailing list.  It’s not an actual lawsuit threat, but since it’s coming from a lawyer, that’s how they’ll interpret it.  The letter will go directly to the Office of Special Affairs.

Once you’re on OSA’s radar, however, there’s no telling what could happen.  That’s the division in charge of dirty tricks; so once again, the specter of “fair-game” looms large.  Nevertheless, OSA will probably instruct the org to stop mailing to you.  So voila!  You’re off the mailing list.

Actually, I think Ron treated everybody that way.  If you stood in the way of his getting rich, you were fair game.  But because of his “charisma,” people didn’t spot it.

Oddly enough, getting yourself declared suppressive doesn’t work anymore.  That used to be a solution, but they’ve become so desperate since their abuses have been exposed that they’re now calling and trying to “recover” their declared SPs.

They’re not getting enough new people in to meet their expenses without dipping into their reserves, now that everybody knows what a scam it is — thanks to all who’ve written books, aired Scientology’s dirty laundry in court, and spoken out in other ways.  It’s an accepted marketing truth that it’s easier and less expensive to promote to people who have bought from you before than it is to sell to those who’ve never bought.

They’ve even started to write to me again (and the spam phone calls have never stopped).  It can be upsetting to have them call you, especially when they do it on your business line.  They know you’ll answer that phone, so that’s the one they’ll use — never mind the fact that they’re killing the goose that lays the golden eggs by interrupting your business flow.  If you were inclined to give them any money, this is where it would come from.

So what I do is simply not take their calls.

The minute I hear them say, “Hi, this is so-and-so from the Ch –” I hang up the phone and don’t answer it again if the next call comes from the same phone number.  So first you have to pay attention to your caller ID, if you have it.  Or get some way of screening your calls.

Like, are you confirmed for the event?  No, I don’t want to go to the f**king event.  You don’t have to say that at all.  All you have to do is just not be available to take the phone call.  Easy peasy.

If you don’t want them in your life, don’t let them into your life.  You don’t owe them eternal devotion.  You’re the sovereign authority over who gets to be in your life.

In this world, where there’s precious little you can control, you can surely control who’s going to get phone time with you.  Think of it as deleting spam emails.  Those phone calls are spam.  They don’t give you the option to unsubscribe (without consequences), and that’s an imposition.

You’re not allowed to say you’re no longer interested.  There are consequences to becoming “disaffected.”  That’s a violation of your constitutional (if not human) rights.  Surely your pursuit of happiness is messed with by having to talk to somebody who makes you miserable.

I’ve never had a problem with that, even when I was a baby.  I didn’t know it at the time,  but it was very intimidating for some people, to have me stare at them, unsmiling, and not say a word.  But if I didn’t feel like talking, I just wouldn’t talk.  No excuses necessary.  It was very rude.  I know that now.  But I got away with it, because “oh, isn’t she cuuute.”  LOL!

This method can still be used, even if you’re not a cute little baby anymore.  Of course it’s rude.  But not as rude as cussing somebody out.  And Scientology “pulled it in.”

And to stop the junk mail, check out this link: