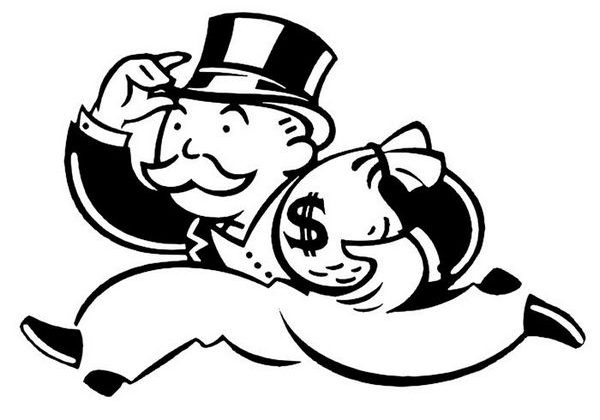 A couple of people I know were shocked to find out Scientology enjoys tax-exempt status as a so-called non-profit organization.  How can that be?  Scientology tax-exempt?  So I thought it might be a timely topic for today, since taxes are top-of-mind for lots of people in the U.S., in the last-minute rush to file and pay.

So how come we have to pay, and they — with all their billions — don’t?

That’s a long, long story, and I was there for most of it.

Back in the beginning, when L. Ron Hubbard decided to get rich by starting his own religion, he established his “church” of Scientology in the fifties and obtained tax-exempt status as a matter of course, like any real church would.

But being “above the law” as he was, he remained true to his goal of getting rich by starting a religion and began using the “donations” he collected for his own personal benefit.  This is called inurement.

Inurement is a no-no for tax-exempt organizations.  If they want to use the money for their own personal advantage instead of for charitable causes, then they ought to pay taxes on it like everybody else.

After a few years of this flouting of the rules, somebody probably complained.  The IRS caught wind of it, raided the “church” in the early sixties, and found the proof in the paperwork they seized.  The IRS revoked old L. Ron’s tax-exempt status, and the so-called church had been trying to get it back ever since, until 1993, when they finally succeeded.  I was at the celebratory event at the L.A. Sports Arena, where Miscavige bragged about how he did it.

It was quite an operation.  Before 1993, the “church” no longer had tax-exempt status, so people who tried to claim a deduction for a charitable contribution found that the IRS disallowed it.  Scientology’s Office of Special Affairs (OSA — their dirty tricks department) got all these people together and got them to agree to sue the IRS for disallowing their contributions.  Their goal was to overwhelm the IRS’s legal department with thousands of lawsuits.

Behind the scenes, they launched Operation Snow White to infiltrate the IRS and other government agencies and to steal any incriminating documents, in an attempt to make the evidence disappear.  This is called obstruction of justice.  They got caught, and eleven people took the fall for old L. Ron and went to jail — including his wife!

So Scientology was back to the drawing board on getting their tax exempt status back.

Then OSA goes into action again, investigating any and everyone who had the power to give and take away tax-exempt status.  Their goal was to find blackmailable information in these people’s backgrounds, which they would then use to coerce a favorable decision out of them.

Armed with this discreditable data and the nightmare specter of unending lawsuits for the IRS, David Miscavige forced his way into the IRS Commissioner’s office.  Oh, sorry.  He couldn’t have done it all by himself, being a slightly-built 5’1’’ — he had one of his enforcers with him (Marty Rathbun, who is considerably more beefy).

Like any good mafia Don, Miscavige made them an offer they couldn’t refuse.  If the IRS reinstated Scientology’s tax-exempt status, he’d make the lawsuits go away.  If they didn’t, he’d release all the discreditable information he’d dug up to the press.

It was a no-brainer.

The ones who are still there — well, the poor things not only were not smart enough to leave, but they also are sleep-deprived (being made to stay up all night shouldering the workload of those who have left) and malnourished (being fed unseasoned beans and rice at every meal).  Nobody can think in that condition.

And poor little Miscavige doesn’t inspire the kind of loyalty old L. Ron did.  Even his family has left and is writing books about their experiences in Scientology.  It’s not the same group anymore.  I almost feel sorry for them.

I don’t think Scientology going to be able to hang on to its tax-exempt status much longer.  And when that’s gone, their “whales” won’t derive any monetary advantage from making the huge donations that are keeping Scientology afloat at the moment.

And that will signal the beginning of the well-deserved end for Scientology.