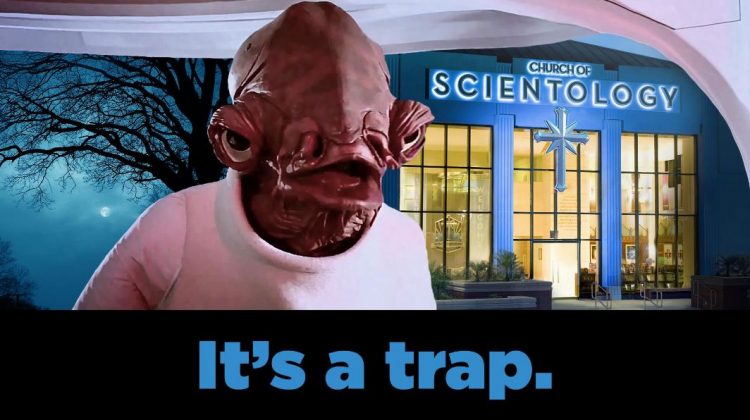 Scientology is rapidly fading as an important aspect of my life — whether pro or con.  That’s probably a good thing.  It means I can now write about it in a way people can understand.  It took me a while to get to this point.

I was thinking, during exercise, about “Keeping Scientology Working.”  Exercise is like a moving meditation for me.

Point #3 of Keeping Scientology Working (KSW, for short) is, “knowing it is correct.”  To me that sounds a lot like taking it on faith.  Or going into it with a sort of confirmation bias.  In KSW, the old man said to apply it and observe that it works that way.  He didn’t say try it and see whether or not it works.  In fact, he frowned upon such an “open-minded” approach.

His instructions told you to expect to see that it works.  Like a hypnotic command.  Observe that it works that way.  And just because he’s supposedly calling your powers of observation into play, people in Scientology take that as proof that “you don’t have to take anything on faith.”

I used to see it that way myself, when I was in.  I applied it and observed that it worked.  That’s exactly what he told me to do.  I don’t know what I would have found out, if I’d gone into it with a less biased expectation.

But everything he writes is a reinforcement of the confirmation bias.  That’s where the internal logic of the subject comes from — which doesn’t hold up under examination, using real world logic.  When you really look at it, there are too many contradictions in the overall subject matter.

For example, how is it that the study tech is supposed to teach you how to know a subject so well that you can have judgment about it, yet at the end of the training “bridge” at Class VIII, you’re supposed to apply and enforce the application of the tech exactly as it’s stated — without additions or omissions.  Preferably without even thinking about it.  That’s not judgment.

He certainly was good at creating his own universe.  He did it with those affirmations of his.  But he never told us about that.  I thought the OT levels were going to be all about how to create your own universe like that.  Boy, was I disappointed.

I only did up to OT4 (both versions — old and new), but I got to read all of them on the Class VIII Course.  You had to know what they consisted of, if you were going to do OT Reviews.

After I read them I had the treasonous thought, “Oh, hell.  Is that all they are?  “Well, I just saved myself several thousand dollars.”

The only thing that wasn’t there was OT8.  I knew an OT8 though, and the expression on his face when I congratulated him on that particular accomplishment told me all I needed to know.

He and his wife left town some time after that and seem to have gone under the radar.  I don’t hear much from them or about them anymore, not even from the Freezone.

And I have friends and acquaintances all across the ex-Scientology spectrum.  That’s the way I like it.  I don’t ever want to get trapped into a belief system again.

It’s not that I’m anti-religious.  I think people should be free to believe whatever they want.  But I also think they should be free to stop believing it if they want to, without fear of fair-gaming, or going to hell, or whatever.

And that’s the basis of my entire disagreement with Scientology.

So, yeah.  There’s never been anything like it on the whole time track.  With the real religions, you have to wait until the afterlife for your punishment. Scientology gives it to you right here, right now. Click To Tweet

And once you stop being afraid of that, you’re free.