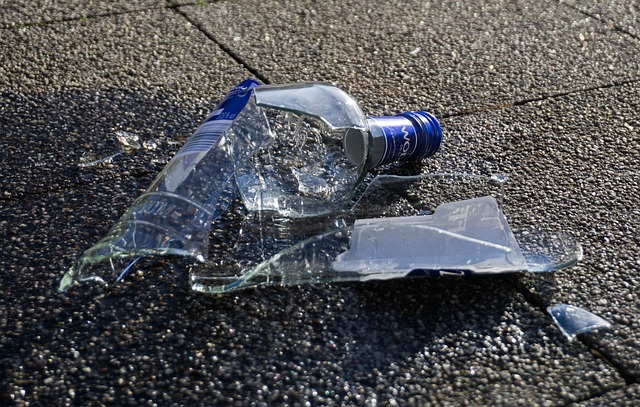 I suddenly realized how fragile Scientologists are during an Anonymous protest when Craig Jensen — the Scientology “whale” who owns Executive Software — wouldn’t speak to me, even though we’d met before, and I greeted him by name.  He just turned away.

I called after him as he crossed Sunset Blvd. on his way to the org for the event we were picketing.  I reminded him he was supposed to be able to communicate to anyone on any subject.  I wondered, did he falsely attest to that?

How about TR-0 Bullbait?  He wouldn’t even look at me.  He was way above Communications Release on the processing side and way past the Communications Course (where the TRs are taught).  If he can’t communicate, then I suggested to his retreating form that he should get his money back.

Once I started thinking about it, I remembered Betty from Texas, one of the first Scientologists to attain OT 8.  She died of cancer.  WTF?  I thought she was now supposed to be cause over matter, energy, space, time, thought, and life.  That’s what they’re selling as the end phenomena of OT 8.

She’s not the only one.  They believe they’re super beings — homo novis.  So they don’t seek the medical treatment that in many cases could have prolonged their lives.

Scientology doesn’t work in the real world.  In fact, sometimes it does the opposite of what they emphatically proclaim it will do.  When I got into Scientology, I didn’t approach it with the attitude that I was testing it to see if it worked.  I was “all in” from day one.  I truly believed.  I wanted so much for it to be true.  I immersed myself in it.  Arranged my life so I could do it.  I worked on it for decades.

But thank God I ran out of money.  That forced me to take a step back.  Go to work among people in the real world.  They were nice.  They were sane.  They represented a thing I could compare Scientology to.

Then I’d go back to the org for an event or whatever and observe and interact with Scientologists.  Many of them were my-way-or-the-highway a**holes.  And the rest — the only thing they could think of to talk about was Scientology.  They would start every conversation with:  “Where are you on the Bridge?” Bo-o-o-oring.  Zzzzzzzz….

And they’d say things like: “Of course I can communicate with anyone on any subject.  I just don’t choose to.”

Oh, excuse me.  I thought we were trying to clear the planet.  Don’t you have to communicate to people in order to do that?  Why would you choose not to?  Isn’t communication the universal solvent?

I began to see that what they were doing didn’t match what was supposed to be happening as a result of Scientology.  The cognitive dissonance was a shock, initially.  I stuck around under the radar for a while though.  I had to make sure.

These weren’t super beings that were being created.  These were fragile people who had to withdraw from the world, disconnecting from anyone who didn’t agree with them.  Unfriend and/or block anyone on Facebook who “rained on their parade,” so they wouldn’t be exposed to ideas that would shatter their fragile reality.  They were emotional cripples. Psychologically damaged folks.  Victims of Old L. Ron and the Little Pope isolated in a lord-of-the-flies, shrinking sub-culture.

But the trouble is, they have no way to evaluate the trap they’re in — nothing to compare it to.  They’re convinced they’re right and everybody else is wrong, and there’s no way to talk them out of it.  They have to wake up on their own.

I hope they do.