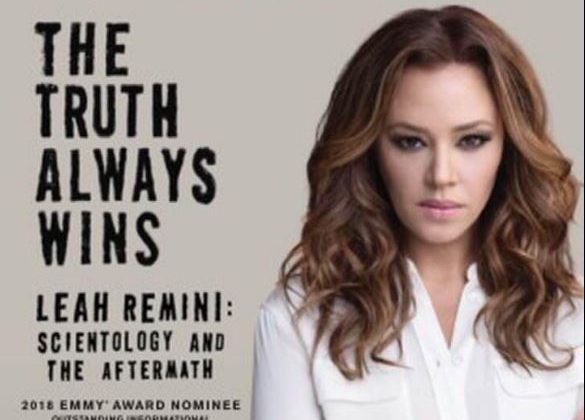 I just finished watching Leah’s Scientology Aftermath finale episode.  She says, “Scientology, this is not the end.  It’s just the beginning.”

I was there for the taping of the show and got a chance to see up close the kind of supportive environment she has generated with this show.  That’s something Scientology has never had and never will have, because the individuals in it have been indoctrinated not to care.

Some of the stories being told took me back to some times I’d rather not dwell on.  Natalie, the psychologist who was there — whom I sat next to for several segments — would have called those times trauma.  I believe they were, simply because to this day, there are some things that happened to me in Scientology that I’d just rather not talk about.  That’s trauma.

In Scientology, if you talk like that, you’re “being a victim.”  Being a victim is frowned upon.  They victimize you while making it socially unacceptable to “be a victim.”  So you can never just talk about it to clear the air.

Besides, it’s considered part of your “case,” and discussing your “case” is strictly forbidden, except in session with your auditor.  But when you do get into a Scientology session and bring up the “victim” part of your “case,” the auditor immediately guides you to examine what you must have done to “pull it in.”  It’s victim-blaming at its finest.

Some people never get the help they need, because they’re never allowed to talk about what’s really bothering them.  And that’s the relatively harmless end of the spectrum.  At the other extreme are the things the Scientology Aftermath program covers — like the criminal acts that get covered up, because it’s a “suppressive act” to report another Scientologist to the authorities.

Just like never having your trauma addressed, so you can clear it up and come to a healthier mental state, when Scientology’s criminal abuses go unreported, the perpetrators are never brought to justice, and the social environment remains toxic.

The three seasons of Leah’s Scientology Aftermath show, as she says, are just the beginning.  We don’t know for sure what’s next.  But we’ve seen a few hints.  The former FBI guy who was sitting in the front row next to Natalie said law enforcement can start to get involved, once the civil suits against Scientology make their crimes a matter of public record.  With that, the façade will start to crumble.

So far, Scientology has avoided airing their dirty laundry in court by offering settlements to the plaintiffs — of course, after dragging the action on for years, until the plaintiffs are financially depleted and emotionally drained.  Under conditions like this, they’ve been pretty much able to guarantee that the plaintiffs will accept their settlement offer, just to have the ordeal over and done with.

But there seems to be another phase coming up.  Another hint was dropped that implied no settlement would be accepted unless it included a change in Scientology’s operating basis.  The abuses have to stop.

By the way, the “Jane Doe” who’s suing David Miscavige and Scientology for human trafficking and other abuses was also in the studio audience.  Heh.

So putting two and two together, I can see another phase on the horizon for Scientology — the Golden Age of Justice.  The trickle that started with Debbie Cook’s testimony, making Scientology’s abuses a matter of public record, and continued with the win for Laura DeCrescenzo and the $11 million jury award in the wrongful death lawsuit — well, that trickle is about to become a flood.