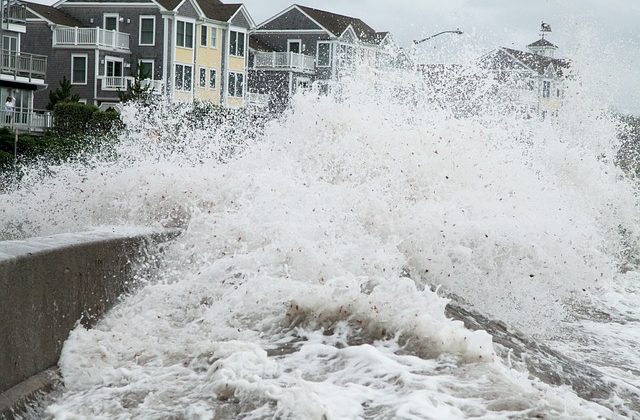 I got an interesting call from the Volunteer Ministers’ Center a few days ago.  Scientology disaster relief tactics seem to be undergoing a change.  They’re still capitalizing on disasters, the way they usually do.  In this case it’s Hurricane Dorian, which devastated Grand Bahama Island.

But in this instance, instead of soliciting for people to go and help in the disaster area, they claim to be making aid kits to send over there — as if they’ve suddenly realized that touch assists and Way To Happiness booklets aren’t going to be of any real help during this kind of disaster.

However, it is so out of character for them to be actually doing something charitable that it got me wondering where this stuff is really going to end up (especially the toilet paper).  And where’s the photo opportunity in that, if they can’t show off their yellow shirts against a backdrop of abject human suffering?

So I’m thinking they’re not after a photo op this time.

I remember when I was on the Financial Planning committee back in DC, toilet paper was not a high priority expenditure.  We had to send the bulk of the money “uplines” in various forms, and there were various financial police people posted to ensure Old L. Ron got his money — disguised as payments to Flag, Sea Org Reserves, etc.  But the money all made its way, through various circuitous routes into one or another of Old L. Ron’s bank accounts.

I later found out, when I went to the Flagship Apollo, that there was a person at Flag whose sole purpose was to take care of “LRH Accounts.”  Her name was Vicki (Polimeni/Livingston).

At the local level, the Flag Banking Officer was in charge of distributing whatever money was left — after Old L. Ron’s cut — back to the org for operating expenses — overhead items like rent and utilities, as well as discretionary expenditures for promotional materials and other things a business needs to operate.

Toilet paper rarely made the cut.

It was the same in most other Scientology orgs.  When I came to Los Angeles and was doing Scientology services, I had to make sure I carried tissues in my purse, because I knew there wasn’t going to be any toilet paper in the bathrooms at the org.

Oh and by the way, just in case you can’t go and buy the items they’re requesting, they’ll happily accept gift cards, cash, credit cards, and checks.  Mmhmm.  I’m sure they will.  They could buy a bunch of stuff, if they got hold of your credit card number, couldn’t they.  And just to make sure the request sounds innocent, they have what sounds like a child making the request.

Far from sounding innocent to me, it sounds like they’re still violating child labor laws.  So they’re shooting themselves in the foot again.

And oh yes, lest you forget, the child ends the call saying “something can be done about it — bye.”

So is Scientology disaster relief now aiming to relieve the disaster that’s resulting from staff not getting paid at all?  What do you think?