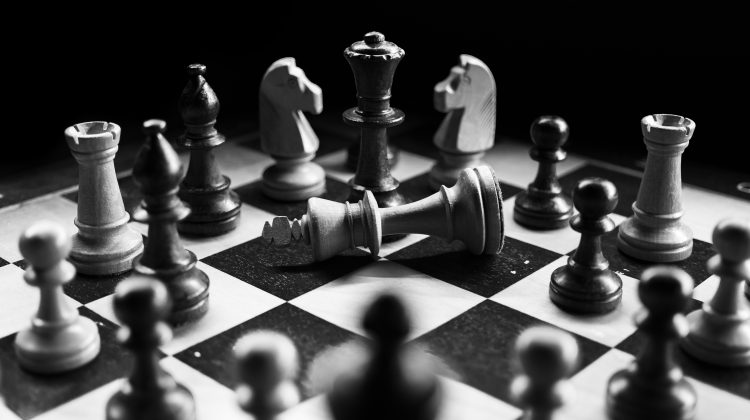 If you’ve been scratching your head, trying to make sense of some of the things little Miscavige is doing, then consider this.  What if he’s no longer operating on the premise we’ve all been following all along?  We’ve been going along thinking the idea is to expand the place and get new members.

But what if he’s come to the realization — as we’ve long suspected — that all new members end up becoming ex-Scientologists?  And what if statistics (real ones — not the fake graphs he generates to parade before event attendees) — what if they show that he ends up having to pay $500 severance pay to the majority of members who’ve signed a Sea Org billion-year contract?  What if this is the beginning of the Scientology end game?

Then it would make perfect sense for him to do away with the Saint Hill Special Briefing Course and the Class 8 course.  These are the higher levels of training in the technical application of Scientology processing.

Class 8 was all about Standard Tech, and keeping everything set up the way Old L. Ron had figured out it would work.  The Little Pope wants to make it so he’s the final authority on what tech and policy ought to be, so nobody can dispute his word.  With Class 8 Case Supervisors running around unchecked, he can’t do that.  So he’s just letting them die off by attrition, and he’s not making any new ones.

I say let him.  The whole thing is a Rube Goldberg house of cards anyway.  If you so much as move a paper clip, it all falls apart.  So let him change it all to his (alleged) heart’s content.  All he’s doing is hastening Scientology’s demise.

Already, the people who object to the changes he’s made so far have left and set up their own operations in Independent Scientology world, aka the Freezone.  Except that they don’t use “heavy ethics” — which includes disconnection and shunning.

Now there’s a huge alteration right there from what Old L. Ron envisioned.  He couldn’t have had the organization become huge in the short term without that kind of force.  People are afraid to leave outright, because he held the threat of disconnection over their heads to prevent it.  That kind of force is what it took to “keep Scientology working.”  It doesn’t naturally work across the board without some kind of mechanism to force people to stay, long after their natural inclination urges them to leave.

The proof of that is in the size of the individual groups in the Freezone.  There’s no central control point.  The Freezone doesn’t have a “Pope.”  That’s what makes it Free.  People can come and go at will.

Disconnection probably taps into that primitive part of the brain that says you die in the wilderness if the tribe banishes you.  It’s just not true in the modern world.  I know many people in the Freezone who are doing just fine, even though they’ve been banished from corporate Scientology.  And many more have dropped Scientology altogether and don’t practice it at all.  Many of them are doing even better.

So you may need a “tribe” for some things — companionship and a support system of sorts — but when it becomes abusive, you’re better off without it.  Mejor sola que malacompañada is a saying I learned when I was living in Chile.  Better alone than in bad company.  It’s a universal truth, especially as it applies to Scientology.

So if little Miscavige is no longer trying to make the thing expand, then what he’s doing makes perfect sense.  He doesn’t need new members anyway.  He already has such a big pile of money that he’d never need a new member for the rest of his natural life.  He can live on the interest and dividends such a money pile would generate.  And on the outside chance that he ever did run short, he has a long list of whales he can call upon to take up the slack.

He doesn’t care about the well-being of the members.  Neither did Old L. Ron –mankind’s greatest friend (yeah, right) — for that matter.

It no longer makes any sense to stay.