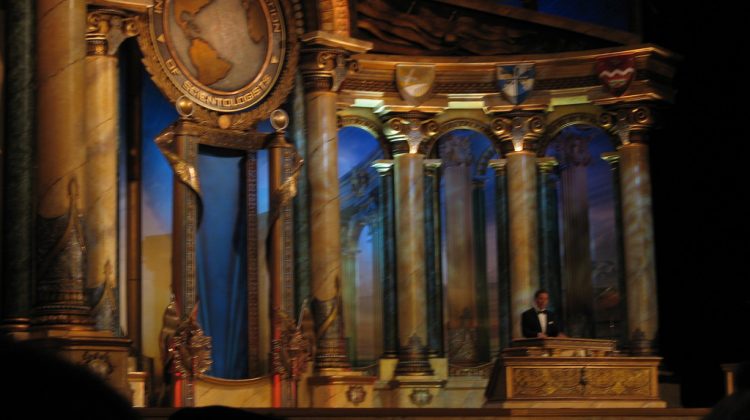 Today I’m going to be walking Virgil Village, giving out posters for the event that’s happening on April 5th.

“The event” brings to mind the way Scientology goes about it.  When they’re in event mode, everyone has to drop what they’re doing, to call people and get them confirmed to come to it.  You’d think they’d coordinate their efforts and share information among themselves, so that once a person is confirmed, that name goes on a “confirmed” list and doesn’t get called again.

Wouldn’t it be more logical, once you get somebody confirmed, to spend the remaining time calling people who haven’t confirmed yet?

They don’t see it that way.  In Scientology, not only do you have to confirm you’re going, but you also have to re-confirm and re-re-confirm, ad infinitum, depending on how many different people call you about it.  And considering that the whole organization has to drop what they’re doing to call and confirm people for the event, that can add up to quite a few phone calls.

In the days when we had answering machines, we used to let the machine pick up the calls.  But you’d still be disturbed by the phone ringing at all hours of the day and night, and by the canned message they’d invariably leave.

Nowadays, those messages just go to voicemail and, thanks to caller ID, can be deleted without even being played.  And the house is blissfully silent.

I didn’t find out why they call so many times to re-confirm until once when I told somebody I’d already confirmed and asked her, “Don’t you people talk to one another?”

By the way, this was another one those milestones on the road out of Scientology for me.  I had a basis for comparison.  In the real world, once you know somebody is coming to your event, you don’t call them about it anymore.  The way Scientology does it is insane.

Anyway, she told me, “Yes, but sometimes people say they’re coming and then don’t show up.”

I was honestly a little shocked.  Until then, I had no idea people were doing that.  I’d never even considered the possibility.  Once I said I was going, I’d go — whether I’d changed my mind about wanting to or not, in the interim.

That one statement opened my eyes to a number of things.  First, people in Scientology lie.  Up until then, I believed all the hype about Scientologists’ being the most ethical beings on the planet.  I actually believed it.  So when she told me that, I thought, “You mean, they lie?!?!?”

Looking back on it, I can’t believe how gullible I was.

Second, from that one statement, I gleaned that there were others besides me who didn’t want to go to the event.  Apparently, there were so many who fell into that category that the whole organization had to gear up to keep calling everybody to try to make sure people weren’t lying when they said they were going.

Third, if so many people didn’t want to go to these events, why not?  So the next time I went, I watched with a more jaundiced eye.  Those events are incredibly loud and glittery.  Lots of razzle-dazzle.  Empty noise.  And there was always free food afterwards.

Historically, that’s what leaders feed the masses in order to stay in power — while telling them they’re “the elite.”

At that point, I could see the bread and circuses, but I hadn’t quite grasped what a contradiction it was to be treated like one of the lying masses, while being told I was one of “the most valuable beings on the planet.”  But it did stick in my mind.  I remember it clearly, even after almost twenty years.

From that point on, when we went to an event, we’d grab seats by an exit, so we could get out quickly, grab some food, and try to escape before they hit us up for money.  Because they will.  That’s the whole purpose of distracting you with razzle-dazzle and plying you with food.

I’ve even been at events where they link arms to form a gauntlet to prevent you from leaving until you’ve spoken to a registrar (i.e., salesperson).  Old Hubbard never lost sight of his goal in the battle to get rich.  Scientology events were just another weapon in his arsenal.