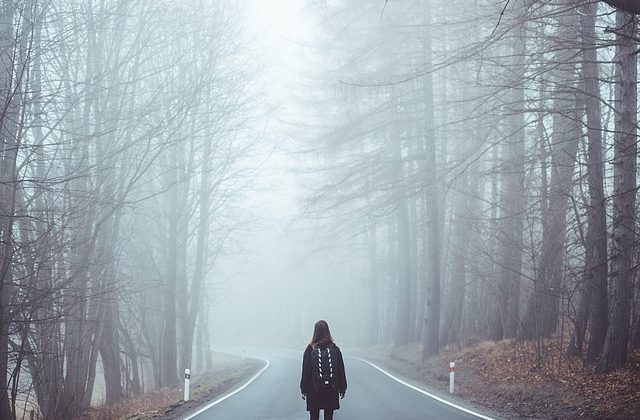 Just when I thought it was safe to be minding my own business and getting on with my life, here comes Scientology (again) to remind me of their ubiquitous presence.  I just saw one of their bike patrol guys.  He stopped his bike just in front of the psychic shop across the street from my shop, stared over here, and then started talking into his cell phone.

That move used to freak me out so much.  Then I’d start wondering what they were going to do to me next, and before you knew it, I’d have worked myself into a paranoid frenzy, waiting for the other shoe to drop.

That’s over.  Now I don’t worry about stuff until something actually happens.  Even then, there’s not a lot of worry involved when I’m busy taking action to clean up whatever they’ve done this time.

I was wondering why he picked this particular time to do it.  Was it something I said?  Have I struck a nerve with my blog?  I’m not really saying anything new here, and I’m not doing it in any particularly inflammatory way.  People have been writing about these things for years.

But then I thought about the East Hollywood election.  I’m running for Arts & Culture Representative.  It’s totally predictable that they’d try to stop me.  That’s what they did last time.  Last time, when Amber Jaffe saw me handing out flyers on Sunset Boulevard on the day of the election, she started texting madly into her cell phone.  Later, at the polling place, I saw van loads of Sea Org members pouring out of their clown cars, coming to vote.  As if they cared — or even knew — about what’s going on in the neighborhood.

So I think they’re trying to figure out whether or not I’m trying to win this time.  If they think I want to win, then they’ll try to show me that I can’t.  If they think I don’t care, they’ll probably figure it’s not worth putting out the effort to defeat me.

So when you see them standing around looking at you and then talking or texting into their phones, they may or may not be talking about you.  But they’ll want you to think that they are, so you’ll start trying to figure out what they’re going to do to you next and put yourself into waiting-for-the-other-shoe-to-drop mode.

They might not have anything in mind for their future operations on you.  It might just be a fishing expedition.  They might be hoping you’ll get spooked into protecting some aspect of your life that you hope they won’t attack.  And only when you rush to protect it will they find out what it is.

When they find out what you’re trying to protect, that’s the very thing they’ll go after.  Your reputation, for example.  They only put up smear campaigns on people who tend to worry about their reputations.  That’s not me, and they know it.

I’m not even worried about whether or not I win my election.  If I win, that’s fine.  It’ll be a lot of unpaid work for me to do, but it’s still fine.  If I don’t win, that’s fine too.  If I still want to be on the council, all I have to do is keep showing up for the meetings.  I’d be pleasantly surprised to find out otherwise, but at the moment my impression is that my opponent will eventually stop coming.  He’s already shown his true colors by not showing up for the candidate’s forum.  So why would anybody think he’s going to show up to perform the duties of the office?

But you never know.  I’ve seen many an election where the candidate who won was not the most qualified one for the job.  It happens all the time — in elections and in life.

I think the key to defeating their gaslighting is having no attachment to outcome.  I mean, you can have goals, and you do the best you can to reach them.  Leave no stone unturned, in fact.  Chances are, you’ll get there.

There’s a counseling process in Scientology that asks about “what are you trying to protect.”  There are all sorts of variations in the questions that get asked, like “is there anything you’ve been careful of,” and other “buttons.”  The whole process of auditing is a data collection operation, and I regret any part I had in it, writing everything down in easy-to-read handwriting.

When people leave, they leave these auditing folders behind.  Then somebody is assigned to go through them with a fine tooth comb and cull out any data that can be used against the person.  They even come right out and ask you, on their security checks, if there’s anything you can be blackmailed for.

If you’re unlucky enough to have any answers to that question, you’ll never be able to leave.  They will use any and everything they find in that folder against you.  Some of these are things you’ve told them in the strict confidence of a religious confessional.  But if you ever leave, all confidentiality flies out the window.

It makes you wonder about the people who are still in.  The diehards who would stand out in the street with protesters, demanding an answer to the question, “what are your crimes?”

It does make you wonder.

People always accuse you of what they’re doing themselves.  So if some Scientologist looks at you and starts texting into his phone, it’s a classic Scientology gaslighting move.  They’ve got nothing. They’re just trying to put you into the state of waiting for the other shoe to drop.  There is no other shoe.  They’re just making it up as they go along.