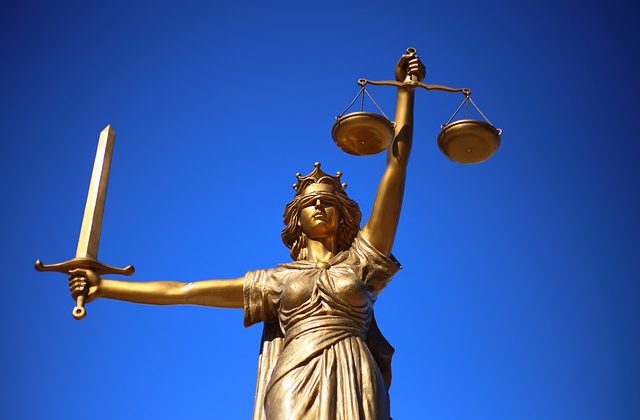 Scientology is getting sued big time.  There’s a headline that pops up when you do a google search for “scientology lawsuit” that the woman doing the suing is being targeted for harassment by Scientology because of her connection with Leah Remini and her work on “Scientology: The Aftermath.”

Of course she is.  Scientology doesn’t know any other way to operate.

The Aftermath show is Scientology’s latest nemesis, and Leah means business.  She’s not backing down, and Scientology — and by Scientology, I mean its great leader, Little Man Miscavige — should have thought of this before they decided to launch one of their typical smear campaigns against her.

I bet they thought that just because they have all the money, they’d come out the slam-dunk winner in any dispute with the Aftermath folks.  Well, think again, Little Man, because there’s a stone-cold bitch goddess named Karma who’s coming for you.

Remember that time in 1993 when you launched a campaign to overwhelm the IRS with all those lawsuits you sponsored?  Well, don’t look now, but I see a large flock of chickens coming home to roost.  I predict you will be cleaning up their droppings for some time to come.

The unnamed woman doing the suing was resourceful enough to escape from your Int Base prison by hiding in the trunk of a non-Scientology actor’s car, before he drove out of there at the end of a film-shooting day.  Can you honestly say you have anything going for you (other than brute force) to match that?

Yes, I know.  You don’t, poor Little Man, so you’re scared to death.  Because this woman knows too much.  About you.  Personally.  She worked for you.  Personally.  So how are you going to escape deposition this time, Little Man?  All the lawyers in the world can’t help you now.  But Karma and I — and the IRS — will have fun watching you squirm.  And rant.  And rage.

Oh yeah, and by the way, while you’re busy doing that, Mark Bunker, the Emmy-winning Wise Beard Man of the Anonymous movement, will be winning his election to the City Council in Clearwater, Florida.  Then you won’t single-handedly own that town anymore.  And as my friend Tory likes to say, “Tick, tock,” Little Man.

We know it’s going to happen, because you’ll pretend to delegate the lawsuit — or multiple lawsuits that are expected to develop, once the precedent is set — to the attorneys.  But you won’t be able to resist micromanaging them and telling them how to do the jobs they’re trained to do, while you’re not.  You didn’t go to law school, did you?  You didn’t even go to college, and you never finished high school.

We know this, because in the Sea Org the only education anyone needs is Scientology policy.  Why would anyone even need that, when the only thing they’re expected to do is obey Command Intention.  That’s you, right?

Yet you’re going to tell them how to run the lawsuit, every step of the way.  What could possibly go wrong?

So enjoy the extravagant lifestyle all those religious, non-profit, 501(c)(3) dollars are buying you, while you can.  I hope you have your safe house in Bulgravia all set up.  You’re going to need it, when the IRS takes time out from laughing at you to snatch away your tax-exempt status, and all the whales abandon you.  Why would they continue to donate, when they can’t write it off on their taxes?