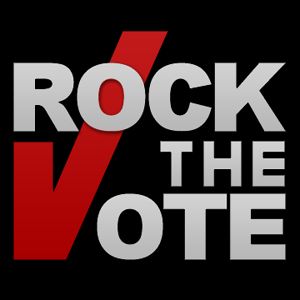 I wonder why they didn’t come.  Since their members weren’t there to stuff the ballot boxes, the turnout was relatively low — probably about 200 short of what it was for the last election.  Here’s one of my slate mates, who’s also on the Elections Committee with me, so we were at the polling place the whole time the polls were open.  I figure there could be three reasons why Scientology didn’t show up. 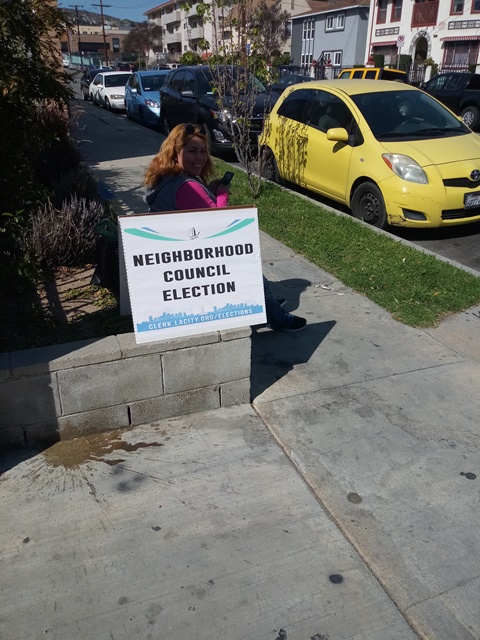 The first is they might have everybody on lock-down because of the officer-involved shooting death at their Inglewood organization, and they don’t want any unauthorized information getting out.  What happened was a man went into the building with a large sword.  Scientology called the police, who came and shot the man in the head.  He died on the way to the hospital.  Now the rumor is that he was in a relationship that went bad, with someone at the organization.

Scientology is not saying.  They would certainly have made it their business to know everything about a person who would arrive at their organization, driving a white Bentley.  They would have studied him in depth, to find out how they could get their hands on his money.  But the only statement they issued was their standard PR balderdash about how great the police are for protecting “houses of worship” — which is what they’re claiming to be.  I smell cover-up.

The other side of the PR handling for that situation is misdirection.  On the same day, they took out a Facebook ad to promote the cleanup their front group, The Way To Happiness, did in Hollywood.  They made sure they were highly visible and gave out their little booklets to everybody they could force to take one.  Of course, they made a photo op out of every action, directing people’s attention to their “good works.”

So who would ever believe such a wonderful group as Scientology would have anything at all to do with a police shooting at one of their organizations?

Meanwhile, back at the polling place, we had free resources in the parking lot for people who came out. 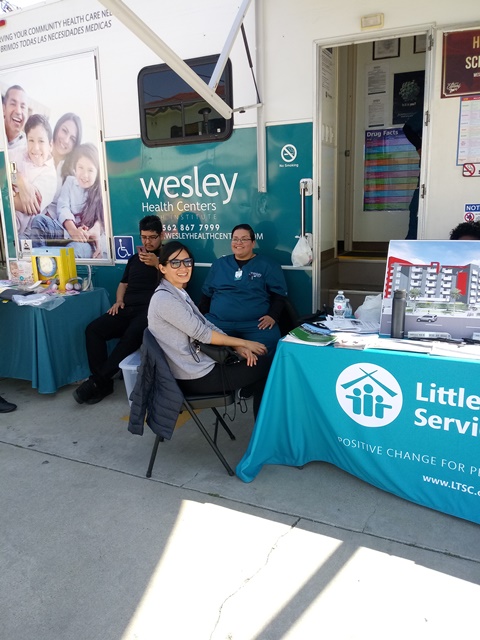 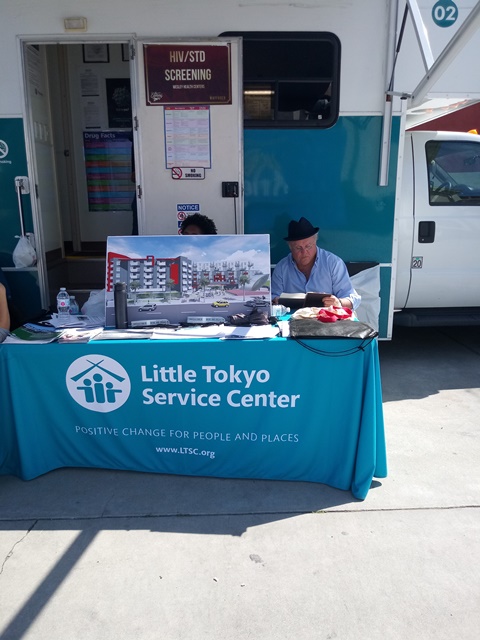 And free tacos afterwards, for people who voted. 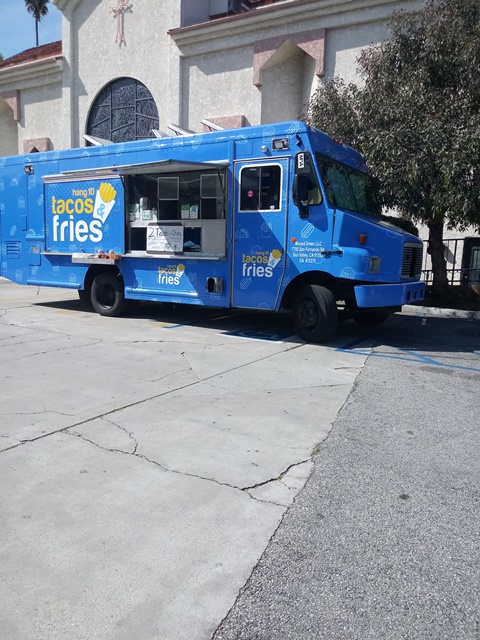 The second reason they didn’t show up might have something to do with their dwindling numbers.  When they set out to defeat me last time, they barely pulled it off.  I only lost by 15 votes.  Since then, I’ve become better known in the neighborhood, and Scientology’s active membership is way down.  They’ve probably lost more than 15 people in the last couple of years.  And I’ve probably met more than 15, just doing the ordinary activities of the Arts & Culture Committee.

So they knew they couldn’t win, and it would have been too much of an embarrassment for little ol’ me to turn the tables on such a supposedly powerful organization.  So they’ve feigned indifference and quietly withdrawn from the field. 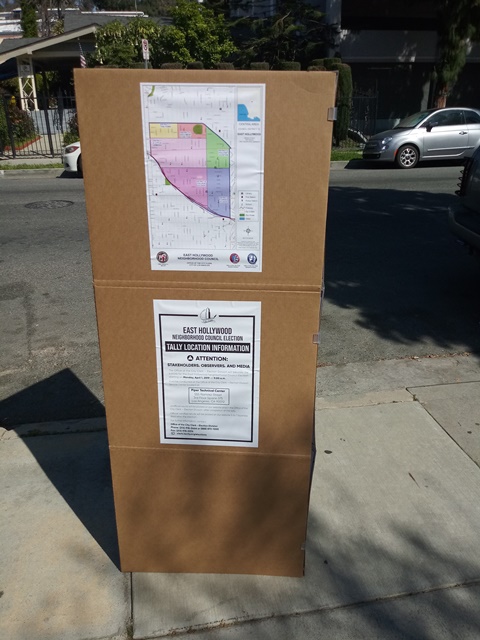 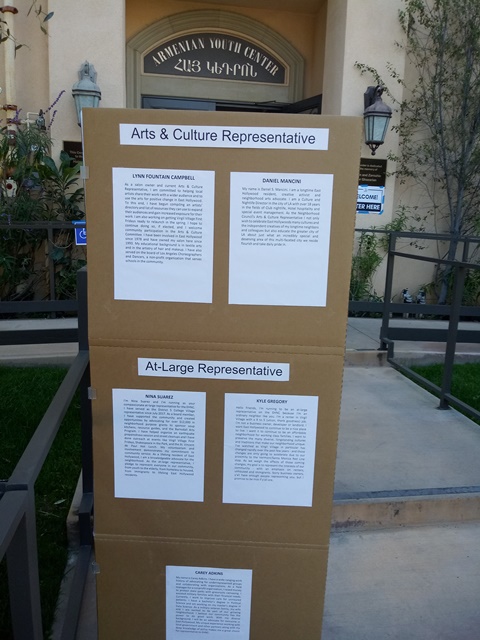 The third theory that might have something to do with why they didn’t show up has to do with their status as a so-called “non-profit” organization.  As a 501(c)(3) organization, they’re not supposed to be involved in politics.  Lately, people online have been commenting about how they ignore this rule, thinly disguising their political involvement as actions by individuals — never mind that these individuals would never have acted without the “church’s” blessing.

How they got 501(c)(3) status is a question a couple of people have asked me recently.  It’s a long and convoluted story.  If I hadn’t been there and seen most of it happening, I wouldn’t believe it myself.  But I’ll talk about that another time.

But back to the voting — we have same-day registration and voting for neighborhood council elections.  Here are some of the poll workers: 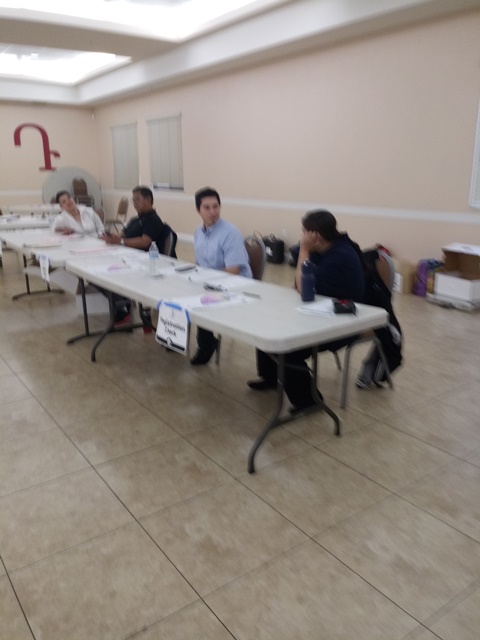 And here are some people taking part in the registration process: 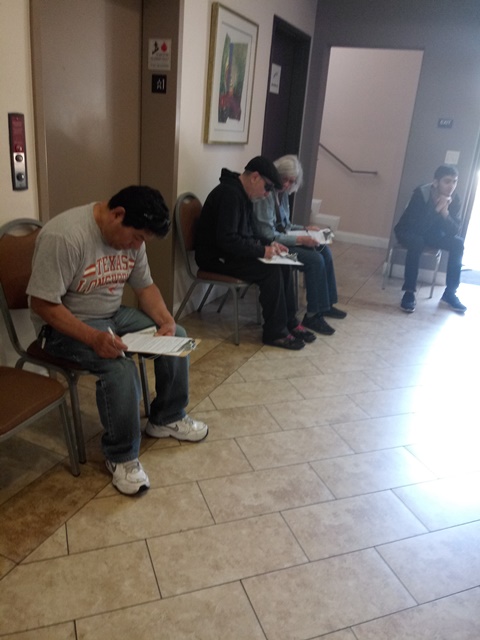 And we do have unofficial election results.  Our whole slate won.  So thanks to everyone who voted for me, I am now the newly elected Arts & Culture Representative.  And Scientology was nowhere to be found all day long.