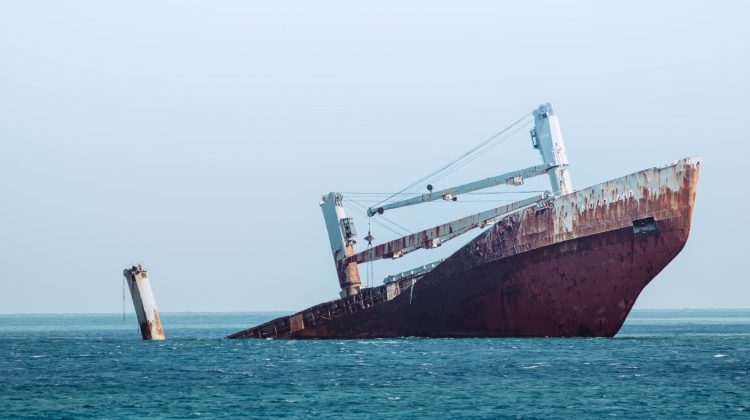 The gist of the story right now is that there are still 28 people on the Sicentology ship who are not yet cleared to leave.  The stories say the reason is that they can’t prove they’re immune, so they have to sit out the additional two weeks until the measles incubation period is over.

One of my readers said (tongue in cheek) “60 Minutes” should jump on this.  Actually, I think they would if Old L. Ron were still alive.  They’d want to talk to him, and the Old Man would have been egotistical enough to grab the fame it would give him.  But now that he’s “moved on to Target 2,” Miscavige has taken his place and is not likely to give them an interview — not because he doesn’t have as big an ego.  He definitely has that.

But somewhere deep down, he’s afraid.  He hasn’t spoken directly to the media ever since his humiliating experience on “Nightline,” where Ted Koppel caught him in lie after lie.  David Miscavige thinks the real world should be as impressed with him as his Scientology minions are obliged to be.  And the real world — being real — can see through his bluster.  And he can’t take it.

Miscavige’s lack of cooperation with the media is deeply ingrained.  Scientologists are taught not to trust reporters and journalists.  Old L. Ron used to complain bitterly that no matter what you told them in the interview, they’d write the story they’d been given beforehand.

No, it’s not that way at all.  It’s not that they were “given a story.”  It’s that real journalists do their homework before going out on an interview.  Old L. Ron was just angry that the real world wouldn’t take his word as law the way all true-believing Scientologists did.  Real journalists would present what their research turned up as part of the story, and he didn’t like that.

That’s what Operation Snow White was really about — trying to change the documentation people would dig up when they did research on him.  He wanted those documents to show he was pure as the driven snow.  Eleven people went to jail, just so Old L. Ron’s reputation could be pristine.  Genius plan, right?  Hatching  a criminal conspiracy to repair the bad PR he created by being a lifelong screw-up and con man.

People have commented that there was no statement from the “church” about the measles story.  Some have speculated that David Miscavige was stuck aboard the Scientology ship during the quarantine.  If he was, that would explain a lot.  If he wasn’t around to give the order, or if he was too preoccupied (or maybe down with the measles himself), then nobody else was going to take any initiative to do it.

The last time in living memory somebody did that (Shelly, his wife), he had a hissy fit and made them disappear.  He’s such a micro-manager that everything has to be approved by him.

Somebody did an estimate a decade or more ago, when they counted up all the people Miscavige has declared suppressive and expelled from the “church.”  It turns out there are more declared SPs than there are Scientologists — and some of the ones who are still in are “under the radar” — only staying because they don’t want their family torn apart by Scientology’s disconnection policy.

Oh yes.  If you leave, your true-believing family remaining behind inside corporate Scientology will have to disconnect from you.  Scientology can’t have you spreading the truth.

But these days, not only does Scientology not have superpowers, they don’t even have regular powers.  So many people have left the cult that there’s no way Scientology can fair-game every journalist who’s reporting the story.  They simply don’t have the manpower.

Gone are the days when Scientology could strike fear into the hearts of journalists who are just doing their jobs.  The only reason there won’t be a story on 60 Minutes is that big, bad David Miscavige is terrified to appear in public.

So if ever there was a good time to speak up about Scientology, it’s now.  They’re probably playing whack-a-mole, trying to keep up with all the people writing stories about them.  Their playbook is outdated.  This Scientology ship has hit the iceberg of the internet.