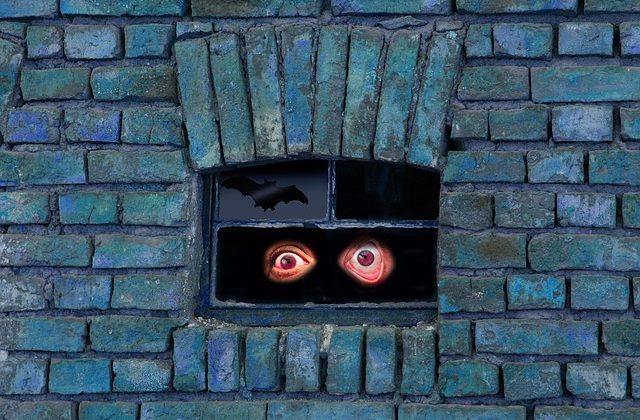 One of the event call-in phone messages I got for the IAS Event — which happens every year around this time — announced that this year, they’re going to be showing the 1993 “Turning Point” Event.  What — like a re-run?

So never mind “Where’s Shelly?”  Scientology, where’s David?  He’s no longer around to lord it over everybody — being the only one on stage for the event, sucking up all the attention of the members whose attendance is mandatory.  He’s truly emulating his predecessor, Old L. Ron, who had to go into hiding to avoid prosecution as a co-conspirator and perpetrator of multiple criminal incidents.

And no, this is not just a generality.  I’m talking about incidents like Operation Snow White, where eleven people (including his wife, Mary Sue Hubbard) went to jail for what they did at his behest.

I’m also talking about the criminal convictions for fraud in France, and who knows what other crimes.  It’s hard to keep track anymore.

But the Little Pope seems to be following in the footsteps of Old L. Ron, who stayed out of jail by going into hiding.  He sees the handwriting on the wall, foretelling the Golden Age of Justice for Scientology, coming soon to a courtroom near you.

Scientology, having perfected its abuse of the justice system, used lawsuits as a favored method to harass its perceived enemies, and now the chickens are coming home to roost.  Live by the lawsuit, die by the lawsuit.

If wee Davy shows up anywhere to take the stage for an event, he can be served with a subpoena to appear in court.  And he spends millions every year on lawyers whose sole purpose is to prevent that from happening.  So the last thing he wants to do is appear in public — anywhere.

So I bet he’s asking himself, “What Would Ron Do?”

Scientologists are fond of discovering “successful actions” to handle any situation and turning them into a formulaic approach, so they don’t have to think.  They only have to act.  Repeat the “successful action,” and shazam!  Situation handled.  All better now.

I wouldn’t be at all surprised to find the Little Pope holed up somewhere in a Bluebird RV, poised for flight at a moment’s notice, surrounded by suitcases full of cash.  That was Old L. Ron’s successful action — and oh yeah, don’t forget his drugs.  As a parallel to that, wee Davy has his Macallan scotch.

Nowadays, Scientology events have devolved into re-runs.  Instead of having anyone appearing live onstage, they’re showing re-runs — as if people haven’t seen enough of them on “Scientology TV,” which is merely a continuous loop of all the Scientology events ever produced.  Any Scientologist “in good standing” has seen them all already, because event attendance is, if not mandatory, highly recommended, lest someone suspect you of being “disaffected” and inform on you, by way of a Knowledge Report to the Ethics Officer.

So in the one area where some creativity might be allowed — the production of an event — there aren’t any new developments.  In other words, stagnation is the order of the day.  They’ve burned out all their creativity.

How can you be creative on no sleep and a steady diet of unseasoned, under-cooked beans and rice?

And who wants to take any initiative to be creative anyway.  Look what happened to Shelly, when she took the initiative and posted an Org Board for the ungrateful Little Pope.  She was dragged off by security guards, never to be seen in public again.

In Scientology, taking initiative and being creative is a dangerous thing.

So there aren’t going to be any new developments, unless wee Davy makes them.  And how is his scotch-addled brain going to manage that?

And where the heck is he anyway?